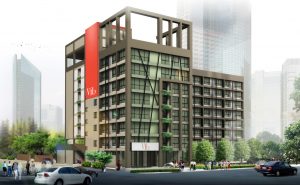 Bangkok (Thailand) – March 16, 2017 (travelindex) – Best Western Hotels and Resorts is aiming to more than double its Asian inventory in the coming years, with the addition of multiple high-quality hotels, including many new-builds all across the region. At present, Best Western Hotels & Resorts – Asia operates almost 40 hotels in eight Asian countries, comprising more than 5,000 rooms and suites. And, with a regional pipeline now standing at 47 hotels and in excess of 8,000 keys, Best Western’s Asian presence is set to increase significantly in the coming years.

Much of this expansion will be driven by Best Western’s newest brand concepts, including Vib® and GLo, which are designed for the new generation of tech-savvy travellers, and BW Premier Collection®, a premium selection of independent upscale hotels.

Cambodia, Vietnam and Laos are all set for further development, and the company is also targeting a return to Singapore.

But perhaps the most significant expansion is coming in Thailand, where Best Western recently signed a landmark deal for three hotels in the popular destinations of Pattaya and Hua Hin, comprising more than 4,000 rooms.

“Best Western recently celebrated our 15th anniversary in Asia, and in that time, our hotel portfolio has developed considerably – not only in terms of quantity, but also in terms of quality,” said Olivier Berrivin, Best Western’s Managing Director of International Operations – Asia. “Our Asian development strategy is now entering an exciting new phase, with multiple new hotels and brand concepts set to be launched in the coming months and years.

“With the unveiling of our new global brand strategy in 2015 we set the foundations for an exciting new era in Best Western’s long and distinguished history. This new generation of Best Western hotels will rise rapidly in Asia, providing guests with a vast network of comfortable, convenient and well-connected accommodation options all across the region,” Mr. Berrivin added.

Best Western’s Asian development has already attracted attention; this year the company was named as Asia’s “Best Midscale Hotel Chain” in both the TTG and Travel Weekly awards. The company has now won these titles for multiple years in succession, and Berrivin believes that the new brand concepts being introduced to the region will enhance the company’s reputation even further in the future.

“We are extremely grateful to have been honored in both of Asia’s leading award ceremonies. I am confident that our new hotel brands, including the ultra-modern Vib and GLo, will be similarly well-received by the Asian travel trade and guests alike, leading to further awards in future,” he concluded.

About Best Western Hotels & Resorts:
Best Western® Hotels & Resorts headquartered in Phoenix, Arizona, is a privately held hotel brand with a global network of 4,200* hotels in more than 100* countries and territories worldwide. Best Western offers seven hotel brands to suit the needs of developers and guests in every market: Best Western®, Best Western Plus®, Best Western Premier®, Executive Residency by Best Western?, Vib®, BW Premier Collection® and GLoSM. Now celebrating more than 70 years of hospitality, Best Western provides its hoteliers with global operational, sales and marketing support, and award-winning online and mobile booking capabilities. Best Western continues to set industry records regarding awards and accolades, including nearly sixty percent of the brand’s North American hotels earning a TripAdvisor Certificate of Excellence award in 2016, Business Travel News ranking Best Western Plus and Best Western in the top three upper-mid-price and mid-price hotel brands for three years in a row, and Best Western receiving five consecutive Dynatrace Best of the Web gold awards for best hotel website. Best Western has also won eight AAA/CAA Lodging Partner of the Year awards, recognizing the brand’s commitment to providing exceptional service and great value to AAA’s 56 million members in the U.S. and Canada. Nearly 30 million travelers are members of the brand’s award-winning loyalty program Best Western Rewards®, one of the few programs in which members earn points that never expire and can be redeemed at any Best Western hotel worldwide. Best Western’s partnerships with AAA/CAA and Harley-Davidson® provide travelers with exciting ways to interact with the brand. Through its partnership with Google Street View, Best Western is the first major company of its size and scale to launch a virtual reality experience for customers, setting a new industry standard and reinventing how guests view hotels.

* Numbers are approximate, may fluctuate, and include hotels currently in the development pipeline.