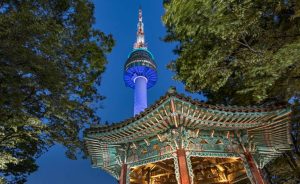 Seoul (Republic of Korea) – Augsut 25, 2018 (travelindex.com) – Urban tourism and its potential for more sustainable and inclusive cities will be the major focus of the 7th UNWTO Global Summit on Urban Tourism (16-19 September 2018) in Seoul, Republic of Korea. The Summit aims to set out a vision looking to 2030 for this rapidly-growing tourism segment.

The Summit, the first of its kind in North-East Asia, is designed to encourage new strategic approaches to the challenge of a growing tourism sector and its impact on urban destinations, through sharing of innovative ideas and experiences.

Innovative approaches to competitiveness in urban destinations, technology’s impact on urban tourism, rejuvenation of cities, and increasing inclusion in city development are among the topics to be featured.

UNWTO is proud to announce the support of the BBC to the Summit, with the lead presenter of the Travel Show, Rajan Datar, moderating the “High Level Panel: Urban Tourism in 2030” with ministers and mayors from around the world.

This year’s edition will feature B. Joseph Pine II, author of the best-seller ‘The Experience Economy’, who is known for first using the term to describe the major shift in motivation for people to undertake many economic activities, including travel. Other planned speakers include city mayors and representatives of tourism administrations from destinations such as Amsterdam, Barcelona, Cape Town, Osaka, San Sebastian, Singapore and Seoul, companies such as MasterCard, Google and Amadeus, and the World Bank.

Seoul as a backdrop

Seoul is a world-class urban tourism destination, with tourism sites ranging from full heritage sites, including traditional palaces or markets, to state-of-the-art architecture and museums. Recent urban regeneration projects have seen an oil depot turned into a culture park and increased tourism interest to venues used for 2018 events the Pyeongchang Winter Olympics and inter-Korean summit.

Seoul as host destination will feature its fair and inclusive tourism initiative in the conference programme, promoting the importance of building inclusive cities for all.