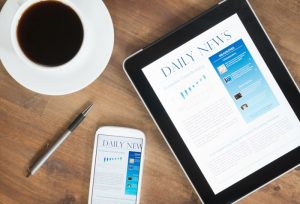 Paris (France) – June 12, 2018 (travelindex.com) – WAN-IFRA with six media organisations and their affiliates representing over 20,000 media publishers and professionals in over 120 countries around the world have come together to express concern over Facebook’s new advertising policy that labels quality news as political advocacy and includes such content in its political ad archive.

Through its attempt to address vulnerabilities on the platform before national elections in the United States, Facebook will undermine journalism’s role as the Fourth Estate and legitimize anti-journalism narratives around the world, the groups say. They are calling on Facebook to immediately exempt news organisations from the new policy.

The media organisations, which represent newspapers, TV broadcasters, magazines and digital-only news operations that employ journalists around the world, sent a letter to Facebook CEO Mark Zuckerberg urging the platform to exempt news organisations from the policy.

The organisations offer three broad recommendations as part of a process to exempt news content from the ad archive. While the recommendations in no way relieve Facebook of its responsibility for the problems created by their platform, they offer critical industry input to help identify reasonable, scalable solutions, working through a coalition of associations that have given the issues intensive thought.

News Media Alliance President & CEO David Chavern: “Facebook’s new policy to classify news content as political advocacy could do irreparable harm to the news media industry. We are collectively proposing a workable solution for all.”

Alfredo Carbajal, ASNE President and managing editor of Al Día at The Dallas Morning News: “Equating legitimate fact-based news packages with political content will not only hurt independent watchdog journalism, but also confuse a society that is being bombarded with content created to advocate for ideological factions to the detriment of the truth.”

ABOUT WAN-IFRA
WAN-IFRA is the World Association of Newspapers and News Publishers. Its mission is to protect the rights of journalists across the world to operate free media, and provide its members with professional services to help their business prosper in a digital world and perform their crucial role in open societies. With formal representative status at the United Nations, UNESCO and the Council of Europe, it derives its authority from its global network of leading news publishing companies and technology entrepreneurs, and its legitimacy from its 80 national association members representing 18,000 publications in 120 countries.